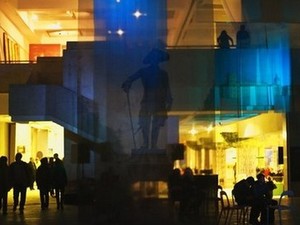 The court adjudged the detention of Dolgov; Tsarev: the most revolutionary mood now is in Odessa and Kharkiv regions; Receiving point of products and goods for the army were set in Kharkiv region; Bankruptcy case of Kharkiv aircraft factory has been prosecuted; Sale of oficial vehicles in Kharkiv Regional City Administration; 13 Kharkiv museums and galleries are opening their doors at the Night of Museums


The court adjudged the detention of Dolgov

Kharkiv court adjudged the arrest of one of the leaders of the pro-Russian rally in Kharkiv Konstantin Dolgov.

"Due to the absence of Mr. Dolgov at the hearing, at the request of the investigative and procedural leaders, Kiev District Court of Kharkiv ruled the detention of Dolgov.

In the future, this decision may be the grounds for declaring Dolgov wanted, " - was noted in the prosecutor's office.

As known, the ideologist of Antimaydan Konstantin Dolgov was released on bail of 365 thousand UAH, and fled to Crimea.

Tsarev: the most revolutionary mood now is in Odessa and Kharkiv regions

In the air of "Russian news service" the leader of "South- East" Oleg Tsarev stated that at the coordination council, which was attended by representatives of Lugansk and Donetsk people's republics, it was decided to combine two republics into a united federation.

According to the deputy, the referendums that were held in Donetsk and Lugansk regions, will soon take place in other regions of Ukraine. Tsarev claims that the most revolutionary mood now is in Odessa and Kharkiv regions. And it is for this reason all the attention of Kiev authorities is focused now in these areas.

As known, the referendums on independence were held on May 11 in Lugansk and Donetsk regions. On the basis of those referendums it was announced the separation of these regions from Ukraine.

In Kharkiv region, the local authorities decided to help with the distribution of aid to the army from the population, and, thus, equipped special receiving points of food and household goods. Through the district administrations all received goods are brought to the base camp, and from there they go to the points of military units.

The action on collecting food for the soldiers arose spontaneously, and it is the third day the provision is taken to hangar of the local Emergency State Service. The coordinators evenly distribute all provision from the base camp and sent it to the points, directly into the hands of the soldiers.

Bankruptcy case of Kharkiv aircraft factory has been prosecuted

Bankruptcy Case of Kharkiv State Aircraft Manufacturing Company (Sumska street, 134) was prosecuted on April 29 in the Economic Court of Kharkiv region. This was reported in the Supreme Economic Court of Ukraine. The asset manager is a bankruptcy commissioner Tatiana Chagovets. The deadline for applications of creditors is May 30.

According to Chagovets, bankruptcy proceedings do not imply declaring the company bankrupt. In law, various procedures might be carried out, and, in the case of Kharkiv Aircraft Factory, it refers only to the financial restructuring with good prospects. In the Aircraft Factory they refused to comment on this information.

According to the resolution requested by Prime Minister of Ukraine from April 15, 2014 № 13909/1/1-14, the Regional State Administration has been working on bringing the limits of official vehicles in each structural subdivision. Most cars, that can not be a subject for sales due to wear and tear, are going to be debited (cars released in 1992-1994).

Totally, in Kharkiv region it is planned to sell 17 cars worth of 317 thousand 502 UAH.

A traditional "Night of Museums" is held in Kharkiv on May 17 and this year it brings together 13 galleries, museums and art centers.

The regular time of the event is from 7 p.m. to 11 p.m. However, Museum of Shulzhenko along with Historical and Art museums begin their program in the afternoon.

The full program of action " Night of Museums" can be found on the website of the City Council. 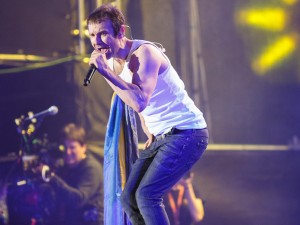